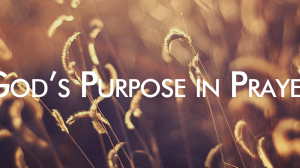 The gospel of Luke presents, in detail, the incomparable and indescribable human living of the God-man Jesus Christ. Since such a life had never existed or been observed before, it is difficult to categorize.

Aromatic is a good word to describe our perception of it. We detect something and yet can’t quite discern what we are experiencing.

END_OF_DOCUMENT_TOKEN_TO_BE_REPLACED

How many gospels are there?

This depends on a number of things. Primarily, what is the gospel? Who is it for? What does the message of good news include?

Of course traditionally we refer to Matthew, Mark, Luke, and John as the four gospels. But Paul seems to consider his message in the book of Romans as the gospel too, although in another sense.

Paul, a slave of Christ Jesus, a called apostle, separated unto the gospel of God –Rom. 1:1

This is how Paul kicks off this epistle- invoking the gospel of God as the raison d’être of his ministry. Now I know what you’ll say, this is not conclusive evidence to claim that Romans is a so-called fifth gospel (nevermind the spurious or apocryphal gospels). But look closely at verse 15:

So, for my part, I am ready to announce the gospel to you also who are in Rome.

The question is, who is the you here? Verse 7 makes it abundantly clear:

To all who are in Rome, beloved of God, the called saints: Grace to you and peace from God our Father and the Lord Jesus Christ.

What is the gospel? Good News

The most basic definition of the gospel is the good news. The traditional four Gospels are packed with good news. That good news however is largely focused on man’s benefit—his salvation, rescue from eternal damnation, and restoration to a proper humanity. This is certainly good news. But this is admittedly shy of God’s eternal purpose.

Thus, Paul in Romans lets us know that there is much more good news. This is ultimately good news to God, because in the working out of this gospel God is the principal beneficiary.

For if we, being enemies, were reconciled to God through the death of His Son, much more we will be saved in His life, having been reconciled. –Rom. 5:10

The four Gospels all end with “the death of His Son” resulting in our reconciliation to God and with His subsequent resurrection as the receipt or proof our justification (Rom 4:25). They zoom in on the three and a half years of Christ’s life and ministry on earth which culminated in the cross. They are four distinct but harmonious biographies of the God-man Jesus.

But Paul is here to tell us that there is something “much more.” This implies that if you don’t know this gospel, Paul’s gospel, than you know much less than the totality of the good news.

God’s purpose is to produce many glorified sons that Christ might be the Firstborn among many brothers. God’s will is to obtain the Body of Christ with many members. God’s economy is to mysteriously work Himself in Christ as the Spirit of life into the spirit, soul, and body of His believers for His manifold expression.

Actually the word gospel shows up more times in Romans than in any other book in the New Testament (totaling 9 times as a noun, a few more as a verb including verse 15 above).

In this sense then, Romans is the fifth gospel.

The gospel of God is an all-inclusive unveiling of God’s full counsel concerning His good pleasure, His will, His purpose, and His economy. This is presented to humanity as a proclamation, as an official announcement made by a herald who has the responsibility to proclaim under official sanction this tremendous announcement.

-Ron Kangas, Crystallization-Study of the Gospel of God

How is the gospel good news for God?

The gospel is good news for God in that through it His eternal purpose to gain the Body of Christ and the kingdom of God is realized and His enemy Satan is crushed (Rom 12:5, 14:17, 16:20).

Next time you are out preaching the gospel then, and someone says, “Oh yes, I’m already a Christian” why not do what Paul did and announce the gospel anyway, for God’s sake?

We’re all guilty of doing it.

It’s easy to reduce God to a magic eight ball.

As we approach crossroads in life, we remember, “Oh yeah, I’ve got God.” So we ask our question, shake really hard, and optimistically turn our magic 8 ball over.

But you may say, “What about knowing God’s will for me? What about knowing what I’m supposed to do? What school to go to? Who to marry?” These are all legitimate concerns no doubt. But they are not all there is to God.

END_OF_DOCUMENT_TOKEN_TO_BE_REPLACED 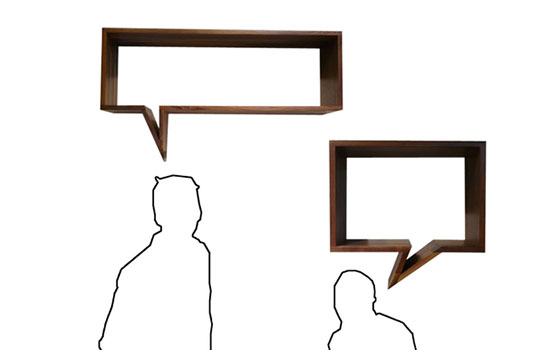 For most of us, speaking is the thing we do most in life.

We are social beings designed for interaction within community.