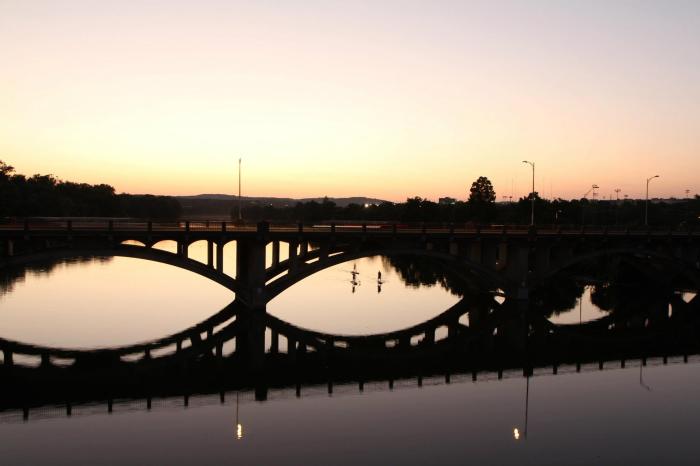 If you spend as much time as I do visiting Half Price Books, you’re bound to find some interesting reads.

I probably average a few times a month. This has led me to wish there were a way to only browse the latest additions in stock. It’s a pain to have to scan across shelves that are nearly identical to your last visit, attempting to notice what’s new. If necessity is the mother of invention, frustration must be her father. But considering that Half Price Books just implemented bar codes a few years ago, this will probably never happen. Sigh.

But this isn’t a post bemoaning the ills of a second hand book shop.

One of my favorite books procured from Half Price is Remembrance of Things Past by Marcel Proust. Being a 7 part continuos novel, if you’re hoping to buy it used, you will most certainly be buying it sporadically, in installments, over a few months. They NEVER seem to possess more than 3 or 4 of the volumes at any given time.

Remembrance of Things Past is a true roman-fleuve. The plot itself is secondary and meanders indeterminately throughout transcontinental sentences of character development and place description. This means you really can tackle the work in any order you please. I happened to start with volume 5- The Captive- simply because that is what I initially discovered at my local Half Price Books store.

Of all the memorable opening lines of great literature (Moby Dick, 1984, The Great Gatsby, A Tale of Two Cities), Proust’s here has to be my favorite:

For a long time I used to go to bed early.

The textural subtleties Proust accomplishes here are compelling. This is the kind of opening line that makes me want to keep reading. It’s pregnant with implications and suggests that the reader is entering into the story just at the cusp of an important change. It begs a number of questions, central to the outlook of any book, that Marcel doesn’t address until many pages later.

We are brought into the story just the way we experience waking from sleep- by piecing together fragments of reality which slowly orient us to our surroundings.

Who’s Line is it Anyway?

In no place is this more glaring than in the title itself. Remembrance of Things Past is quite a liberal translation of À la recherche du temps perdu. In fact it’s not a translation at all. It’s a creative retitling of the work. The title actually translates as In Search of Lost Time.

It’s a great illustration of the differences between dynamic and formal equivalence translations.

With any serious work of literature that has been translated, this poses problems.

All translations of texts, not only the inaccurate or slovenly ones, are slanders of the originals, at least to some degree. The very worst translators are not necessarily those who are most awkward or inept—the intelligent reader can often make an intuitive vault over mere stylistic deficiencies—but those who let their own sensibilities intrude too ostentatiously between the reader and the original text, thus subordinating the idiom of the original authors to their own.

But even the scrupulous, competent, and self-effacing translator is engaged in a kind of well-intentioned treachery. This is true even in those rare fortunate cases when great works find translators whose gifts are comparable (or superior) to those of the original authors… or even in those still rarer cases when an author is improved by conversion into another tongue.

What even a translator of genius can never give us, however, is the original author’s true likeness. Even the best translation is a darkened mirror, in which one glimpses only a partial figure moving among shadows. At times the mirror becomes very obscure indeed, at others delightfully bright; but at no time can any translator permit us to meet the artist face to face.

In no other work is this more true than in the Bible.

One translation seems to be getting more and more popular these days- the ESV. This makes a lot of sense, as it is highly endorsed by all the New Calvinist leaders and New Calvinism itself is enjoying a resurgence (e.g. the young, restless, and reformed camp and the Gospel Coalition). I have three different versions of the ESV (all purchased at Half Price Books). Although I have a few issues with it, overall it works (this post is already too long to discuss these here).

One author complains that the ESV is:

If I wasn’t familiar with the ESV, after this critique I would imagine it sounding like the KJV.

I gave you cleanness of teeth in all your cities, and lack of bread in all you places, yet you did not return to me, declares the Lord.

This same author then says, “It sounds like God is distributing toothbrushes to the Israelites.” Seriously? I can only hope he is being facetious. The very next phrase makes it pretty clear that this isn’t a divine dental visit. To strip away the idiom is to loose something of the original author and his voice.

Proust and Shakespeare also often fail the test of standard English. But imagine rewording all the idioms in Romeo and Juliet so that everyone knew exactly what was going on. The result would hardly be Shakespeare anymore.

And if the original phrase is impossible to carry over into English than I would rather see in a mirror, obscurely yet beautifully than strip away all the personality, nuance, and ambiguity of the original author for the sake of straightforwardness. Besides, isn’t that what footnotes and commentaries are for?

7 thoughts on “Seeing in a Mirror Obscurely”